Let us start with what Rodrigo Nino, Founder, and CEO of Prodigy Network, has to quote about Crowdfunding –

“Crowdfunding is creating a new public demand which connects common people with investment opportunities that used to be accessible only by the very wealthy.”

And there is no doubt or secret to the intricacies of investment that crowdfunding has aid to small businesses or the newbies of the startup world by connecting them to the common public for raising capital. Crowdfunding simply means, getting funds from a large number of people with the usage of the internet and an online social media platform. The inception of this modern day crowdfunding dates back to 1997 when a British rock band funded their reunion tour through online donations from fans. Since then, crowdfunding has taken many forms and has emerged as one of the most effective options for entrepreneurs and other project initiators to validate their ideas. 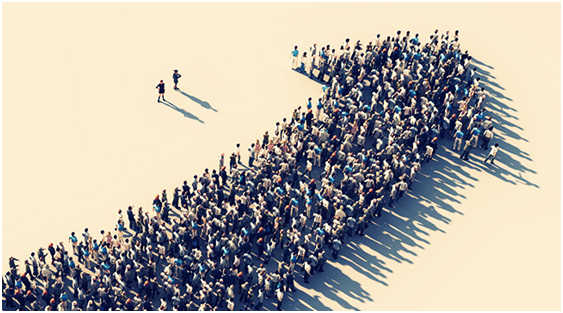 So let’s understand some of these different dimensions of Crowdfunding and gets penetrate about them:-

This model of crowdfunding is mainly used by startups who want to accelerate the pace of their initiative and by other projects of artists or film producers, software development or civic projects etc. Reward crowdfunding is based on the perks or rewards a potential backer gets in return of the investment made by him/her. Rewards can be in the form of product or service, he/she is backing up or any other rewards mentioned in the campaign prior. It is a lucrative method to raise funds as donors donate in the expectation of return. The rewards are differentiated on the basis of backers contributing smaller amounts and the ones who cater gratitude.

Following perks can be rewarded to the potential patrons:

Companies like Catapooolt, Kickstarter and Indiegogo have emerged as the best reward-based crowdfunding platforms of India and are helping hundreds of startups gaining funds for various causes.

SEBI (Securities and Exchange Board of India) regulates the rules regarding Equity Crowdfunding and has made it illegal in India. In this model of Crowdfunding, the backers are termed as ‘investors’ because they invest their money into the company for an amount of share in it on the basis of capital invested. Primarily, these investments are made in companies with the goal of making a return in 5-6 years.

Usually, a large amount of capital is raised through this model and not the smaller ones. This amount is mainly for either launching a company or taking a big leap, not just for backing up a cause. In India, such funds are raised through an angel investor or a VC for a startup. We have been using other forms of crowdfunding that is reward or donation based, so if you want to raise the capital you can avail the advantages of crowdfunding through platforms like Catapooolt for ensuring a swift capital coming in your way.

Also known as ‘Peer-to-Peer Crowdfunding’ or ‘Crowdlending’ is a model based on the process in which investor invests in your project in return of the ‘interest’. Money lent by multiple investors in small amounts through the internet is called Debt-based Crowdfunding. It is somewhat similar to loan except that in crowdfunding, the loan is borrowed from a number of investors in small amounts rather than from a single bank. Debt Crowdfunding has an edge over bank loan because of the interest rates being lower and funds can be garnered with ease by reaching among the masses at the same time.

It can be an optimum method for businesses that might get failed to raise loans from banks. But as the saying goes, nothing comes exquisitely. The drawbacks faced by debt-financing are the regular interest payments and the security that companies have to pledge against their assets. Thus, it may be suitable for companies who have already established venture and adequate assets or sufficient cash flow credibility.

A major asset that Debt Crowdfunding has over an Equity Based Crowdfunding campaign is that the campaigner doesn’t have to lose any share in its company. Thus, investors are serviced only with the profit share and the owner continues to enjoy his ownership. Equity Crowdfunding is illegal in India. Therefore, for newly established ventures, an imperative option can be to go for the reward and donation-based models of crowdfunding. Whatever the model you choose, just go dig well before in the advantages and disadvantages it chalks up.

Desiredwings
Desiredwings is India’s first of its kind,reward-based,women only crowdfunding platform introduced to fuel the innovation of women entrepreneurs and women –led initiatives. At desiredwings, we help women raise funds for their initiatives by reaching out to the masses.

Begin typing your search above and press return to search. Press Esc to cancel.